Do You Lead Someone With Red Lipstick? 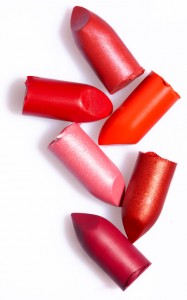 Four high school girls thought it would be funny to wear bright red lipstick to school and kiss the bathroom mirror, leaving their mark for all to see. Once their homeroom teacher figured out what the four were up to she issued demerits in an attempt to get them to stop it. The punishment proved useless as the girls came to school day after day with lipstick in hand. Until one day when the teacher called the girls into the ladies room where the school’s custodian was waiting with her. She asked him to demonstrate to the girls how he cleaned the mess they’d leave behind. He proceeded to dunk his mop into a toilet and wash down the mirror.
No more red lipstick.

Why? Why? Why? Once the employee has acknowledged his wrongdoing, get to the bottom of it by asking open-ended questions that will identify the true drivers behind his choices. Those drivers are directly tied to the behavior that you can address with the employee.

Put two and two together. As noted above, it’s pretty common for employees to miss the connection between their choices and the inadvertent harm they can actually cause for themselves – e.g., consistently missing deadlines holds up others ability to move forward and puts their trust and respect for the individual into question. Sharing this type of implication - the residual impact on work relationships is as damaging as the miss itself - will resonate with most people and encourage a change in behavior.

Promises, Promises. Once the issue has been resolved and the conversation focuses in on action planning, ask the employee to take the lead when it comes to his commitments going forward. While you should guide him to make sure his promises for change align with what’s needed in any given situation, he’ll be much more prone to own the plan if he’s played an active role in developing it.